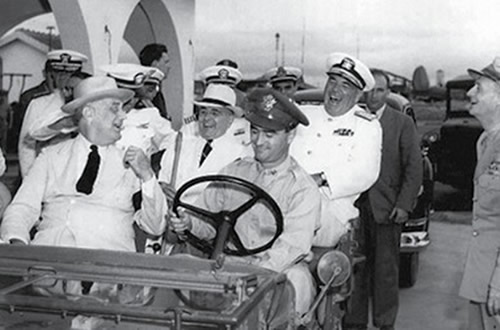 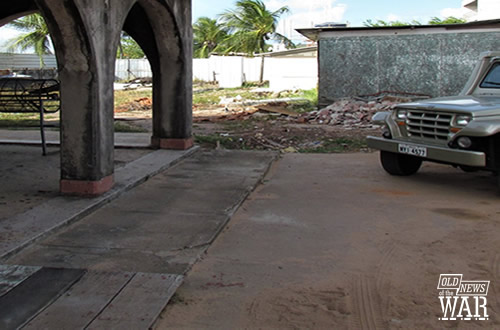 On January 28, 1943, the President of the United States, Franklin Roosevelt, met with Getúlio Vargas in Natal, RGN, to discuss mutual collaboration in the war effort. The meeting, held on board a North American destroyer moored in the port of Natal (located on the banks of the Potengi River), became known as the "Potengi Conference".
Roosevelt came from Casablanca, Morocco, where he met Winston Churchill, British Prime Minister, and Charles De Gaulle, leader of the French Free Forces.
Among the subjects discussed at the Meeting were the protection of the South Atlantic and the increase in the production of rubber and other inputs in the Amazon, essential for the manufacture of war material by the United States. They also discussed Brazil's more effective participation in the conflict, giving rise to the Brazilian Expeditionary Force. They visited the works of the Parnamirim air base and the port of Natal, used by the Americans.
The presidents released a joint statement, stating: “We had the opportunity to study the security of the Americas. We are convinced that each of the American republics is equally affected and interested in it. The strength is in unity ”.
In the photo on the side: Pres. Roosevelt (in the left front seat) and the driver, USAAF captain, David Channing Moore. In the back seat, on the left, is Pres. Getúlio Vargas and Admiral Jonas Howard Ingram, Commander of the Fourth American Fleet in Brazil, during World War II.
The black cuff used on the left arm of Pres. Roosevelt, is still mourning the death of his mother, on September 7, 1941. He used it for two years.
When I visited, the photo site next door, in november 2017, it was being renovated. 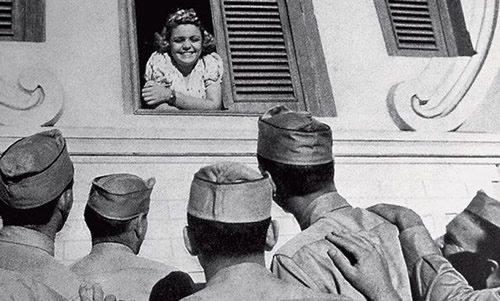 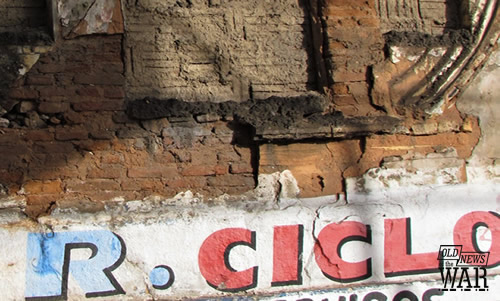 During the time that the city of Natal was "occupied" by the American military who served in Campo de Parnamirim, several of them stopped in front of a house window to talk to a beautiful young woman at the window. The house was located on Av. Rio Branco, almost on the corner of Rua Apodi. Nowadays it is in ruins, leaving only part of the facade wall that is easily identified by the old photograph.