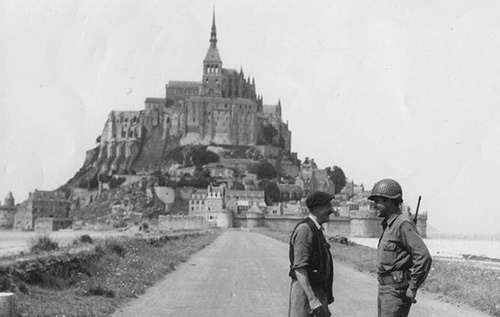 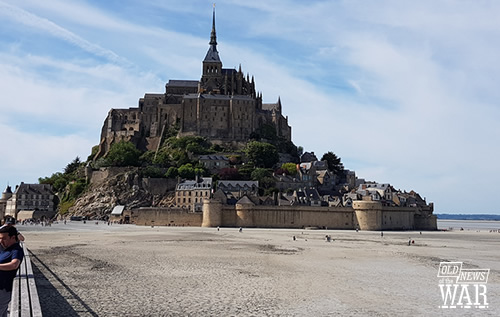 Like all the rest of French territory, Mount Saint Michel was also occupied by the Germans during World War II. The first German soldiers arrived at Monte on June 20, 1940. There were only three officers who went there to shop. Several days later, the Germans installed an aircraft observation post, with a garrison of only 5 men. Mont had little strategic value and, for this very reason, it was not necessary to fortify it. A few months later, other customs and SS soldiers were also added to the garrison.
Mont-Saint-Michel was a tourist attraction much appreciated by German soldiers. 325,000 of them paid to visit him.
In 1944, after the Allied landings in Normandy, Mont served as a shelter for withdrawing German troops. Several hundred exhausted or wounded soldiers slept there while on the march to Brest Fortress.
When American troops arrived at Monte on July 31, 1944, the island was abandoned by the Germans and released without having to fire a single shot.
Except for its access road, which over the years after the war, had its layout and level modified to escape the effect of the strong tide, apparently, nothing else was changed on the spot.
In the photo opposite, an American soldier talks to a local citizen after the Germans have withdrawn. 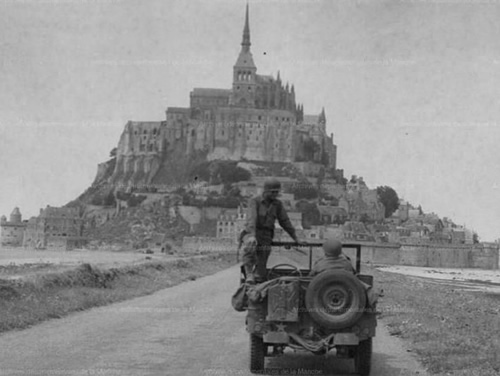 Although the Germans promised not to militarize the small island, the French, who did not believe the conversation, removed more than 1000 years of history, in priceless artifacts and records, and took them to St Lo, a city they believed would never be bombed.
Due to a sad irony of fate, St. Lo became one of the most bombed and devastated cities during the war in Europe. The result of this was that all priceless records, statues, art and artifacts were completely destroyed, burned and looted.

The Germans never really militarized the citadel and left it in good condition.
It is currently the second most visited place in France.

In the photo to the side: A US Army Jeep with two soldiers, on the access road to the island.