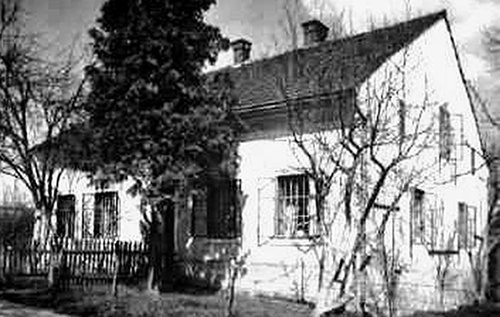 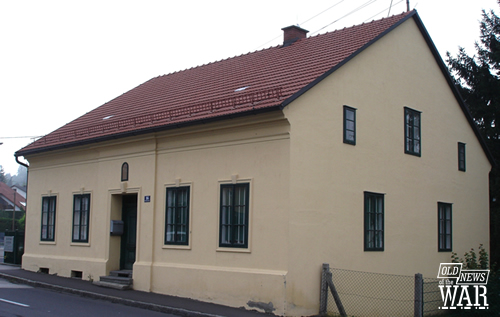 Adolf Hitler was born on April 20, 1889 in Braunau am Inn, a city of Austria-Hungary (currently located in Austria), across the River Inn from Germany.
His father, born Alois Schicklgruber, changed his name to Hitler in 1876, and his mother, Klara, née Pölzl, was Alois' third and much younger wife. Despite a humble start, Alois had a successful career with the Imperial Customs Service of Austria and was a typical civil servant of the time; authoritarian and opinionated, pompous, humorless, and in this case with little time for his family.
Klara, on the other hand, was a kind and submissive woman who had already lost three children from her marriage before Hitler's birth.
Subsequently, she had two more children, Edmund, who also died in childhood, and Paula, who survived until 1960. Also in the house and well cared for and loved by Klara were Alois Jr. and Angela, children of Alois's previous marriage. Klara was assisted in her household chores by her single sister Johanna and a maid. The image of a comfortable middle-class life, however, was marred by the brutal husband's intemperance toward herself and particularly Adolf, who had inherited the same indomitable personality and was regularly beaten by her crimes.
Alois's profession entailed frequent changes of residence. By the end of 1898 the family had settled in the small village of Leondind, southwest of Linz. Alois (who had already retired)
bought a small house at No. 16 Michaelsbergstrasse. These frequent movements affected Adolf's attitude toward his schooling. He attended three different primary schools, made no friends, and tended to dominate and lead the other students.
Anyone passing the simple house that retains the same façade as Hitler's family occupied it at the beginning of the last century has no idea Adolf Hitler once lived there.
Today it works as a cemetery office across the street.
(Adapted from the original text "The Third Reich Then and Now - Tony Le Tissier).
Old photo: Rudolf Lenk, Oberdonau, die Heimat des Führers. 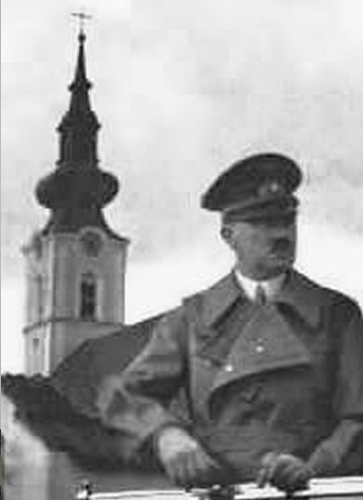 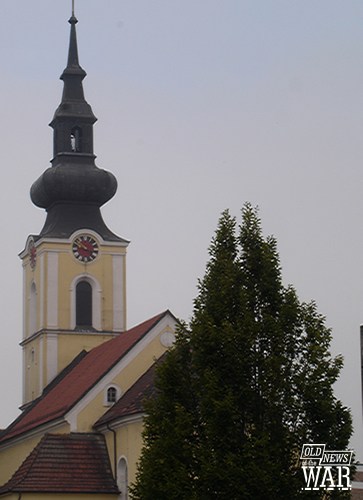 Shortly after the annexation of Austria (Anschluss), Hitler visits the house where he lived with his family in the small town of Leonding - March 13, 1938.
In the background you can see the tower of the church.
Old photo: Heinrich Hoffmann, Hitler at the Heimat, Munich, 1938. 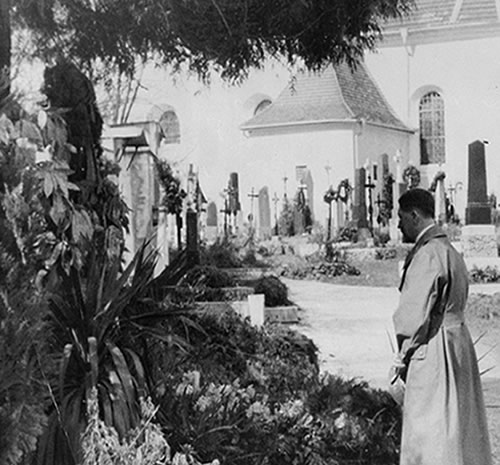 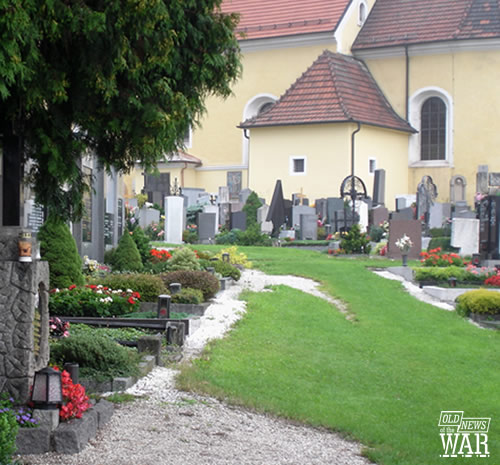 On the same day, Hitler visits the grave of his parents, Alois and Klara, in Leonding Cemetery in front of his family's old house.
By the time the most current photograph was taken, names could still be read on the grave. According to reports, since 2012, they have been removed to prevent the pilgrimage of neo-Nazis.
Old Photo photo: Heinrich Hoffmann. 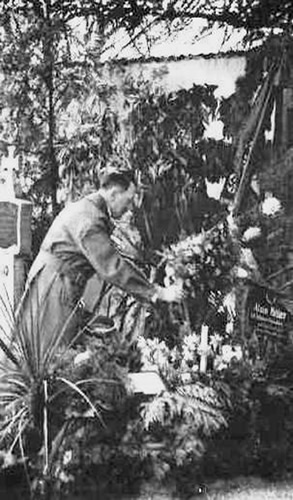 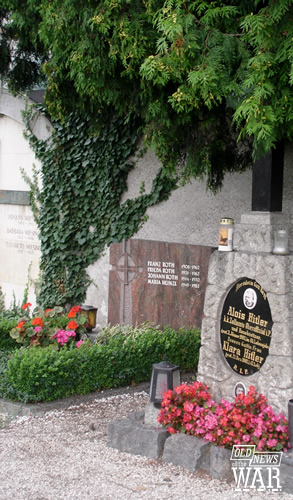 In this picture he puts flowers on his parents' grave.
Old photo: Heinrich Hoffmann.