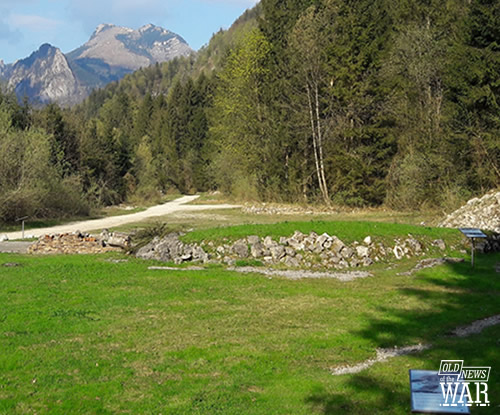 Partial view of Ebensee camp, whose installation work began in January 1944. The camp was designed to function as the Luftwaffe underground headquarters, where research and testing of the "Wasserfall" anti-aircraft rocket and the "Amerika-Rakete" intercontinental rocket would be developed. To this end several tunnels were excavated in the rock with the slave labor of prisoners taken from Mauthausen, but fortunately these plans were never realized.
The camp facilities were finally used to manufacture engine parts for trucks and tanks as well as for oil refining. 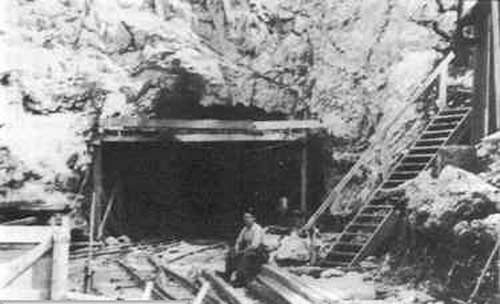 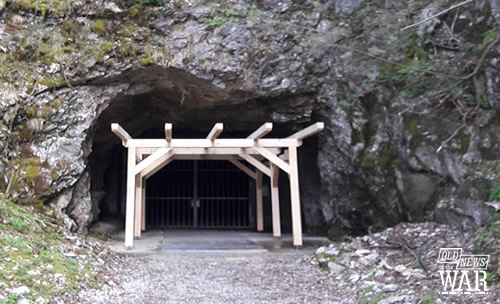 The works at Ebensee were divided into two sectors: Anlage A (closest to the city and Lake Eben), and Anlage B (southwest). Neither sector was completely completed before the end of the war. At the time, an oil refinery was operating in Anlage. Following the release, this refinery even produced 60-octane gasoline for the US Army.
Only one or two of the Anlage B tunnels, where truck and tank engine parts were once manufactured, were close to completion.
The excavation of these tunnels cost the lives of 8,200 prisoners.
In the next picture you can see a man, probably a survivor, sitting at the entrance to one of the Anlage B tunnels, probably tunnel 9.
Anlage B tunnel 5 is currently open to the public. It is maintained by the Verein Widerstands Museum in Ebensee.
Tunnel 5 of Anlage A is used by a mining company that explores the site.
In the current photo: The same tunnel, which has a small wooden structure at its entrance. 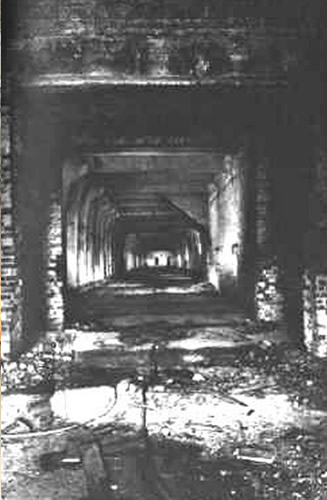 Tunnel 5 interior of sector Anlage B.
Note that for safety reasons, although the tunnels were long and even wide internally, their entrances were small.
The photo taken in April 2019 shows the clean and calm tunnel. Through it the reader can hardly imagine the hunger, the cold, the fear and the suffering of the prisoners who worked there. 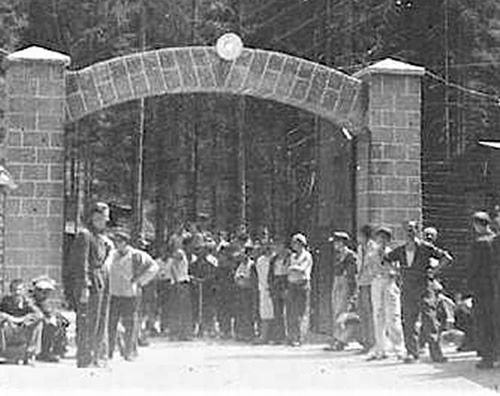 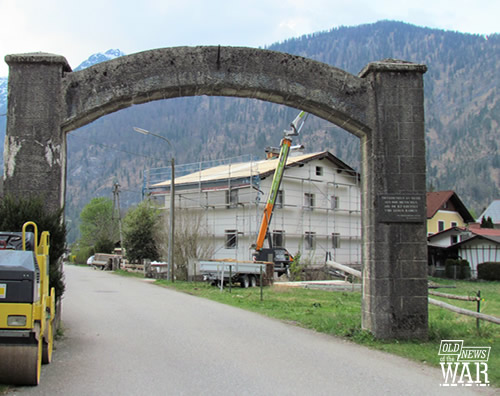 Photograph of the entrance gate taken after the liberation of the camp by US troops on May 6, 1945.
The stone portal still remains in place as a tribute to the Ebensee victims.
From then on, what was once a space of suffering, has turned into a quiet inner city of Austria.