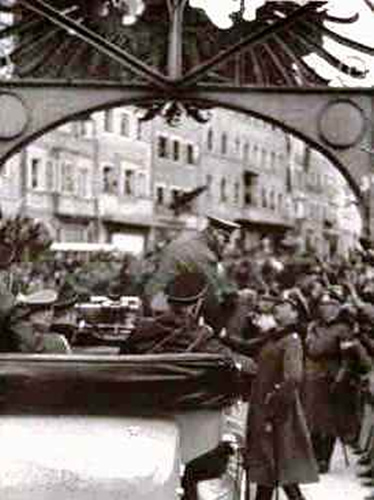 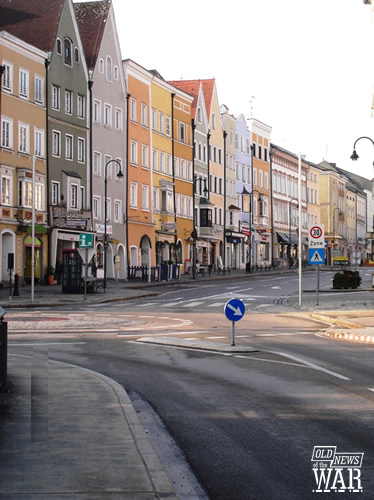 Soon after the annexation of Austria to Germany (Anschluss), Adolf Hitler returned to Braunau am inn, his hometown. In the photo taken on March 12, 1938, he can be seen standing in his Mercedes Benz with Wehrmacht license plate, receiving a military welcome on the ground and being acclaimed by the population.
The photograph was taken at the top of the bridge over the River Inn, which connects Braunau (in Austria) to Simbach (in Germany). The bridge, as well as the original metal portico, with the double eagle, a symbol of Austria, were destroyed during the war, and a new bridge, this time built entirely of reinforced concrete, was built on the site. The same did not happen with the small buildings in the city that appear in the background. They retain their original appearance.
Old Photo: Heinrich Hoffmann 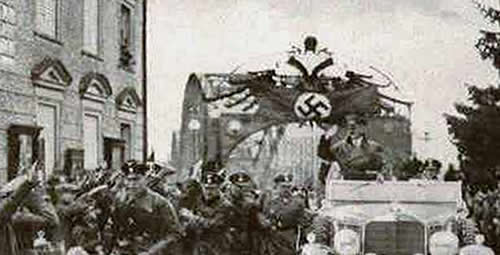 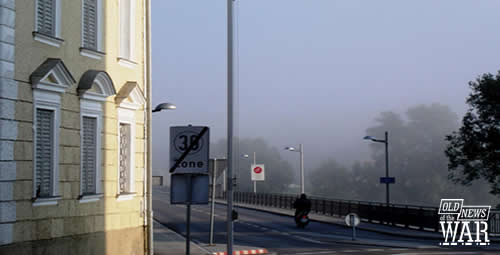 On the same day and place, in the photo taken in the opposite direction to the previous one, Hitler, standing in his Mercedes Benz, greets the people who respond by giving the Nazi salute. The double eagle of the metallic portico that no longer exists at the head of the bridge, is partially covered by a Nazi flag.
Old Photo: Heinrich Hoffmann 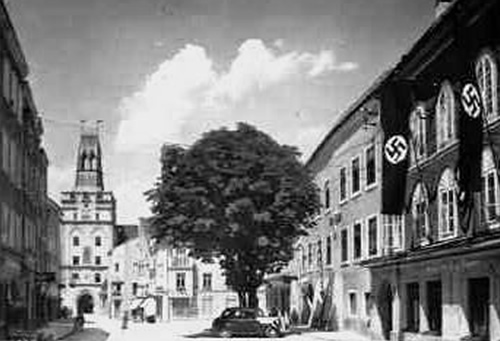 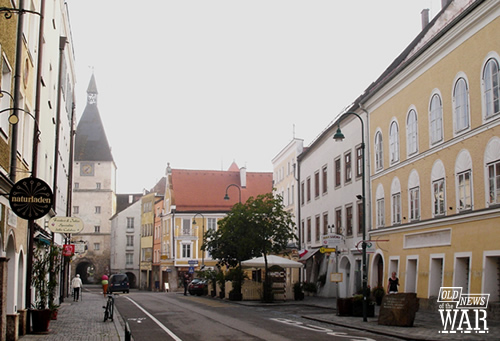 Building where Adolf Hitler was born, on April 20, 1889, adorned with Nazi banners.
The apartment where the family lived was rented.
At the time of his birth, the street, which gives access to the main square of the city, was named Vorstadt and the number was 219. He later passed to Adolf Hitler Strasse, and currently the address of the house where he was born is: Salzburger Vorstadt 15.
In 2017, the property was expropriated by the Austrian Government, in an attempt to end parades of neo-Nazis who intended to make the building a cult place, and became the subject of a long lawsuit that, recently decided to indemnify Mrs. Gerlinde Pommer, former owner of the property, at 812,000 Euros.
The building was rented for decades by the State, and there was a school, a bookstore and a center for people with disabilities. He also served as a field office for the US Counterintelligence Corps. In recent years it has remained empty.
In front of the building, a message carved out of a stone block recalls that this is an iconic place: “For peace, freedom and democracy. Never again fascism. Millions of dead remind us of that. ”
It is not yet known what the destination of the house will be. 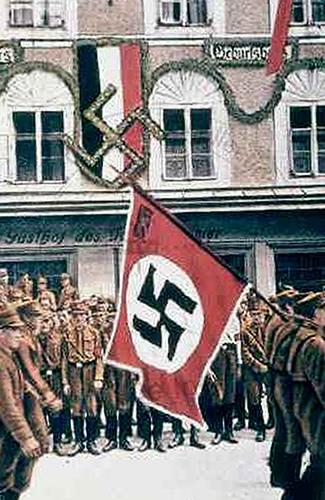 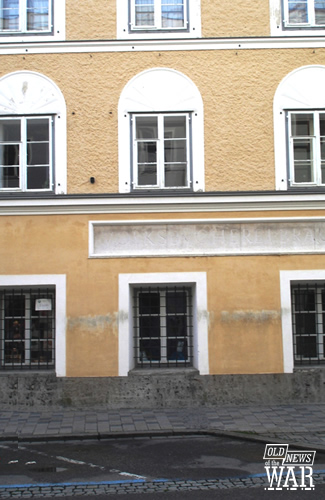 SA troops parade in front of the birth building of adolf Hitler, adorned with the Swastika Cross and garlands.

The external aspect of the building retains its originality to this day. It was just painted in yellow. 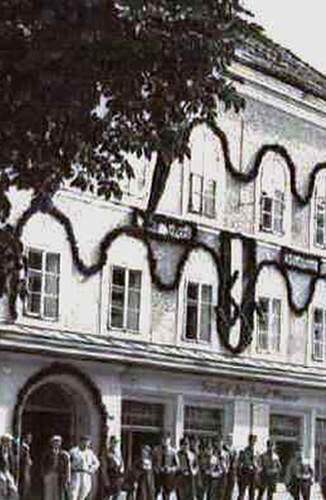 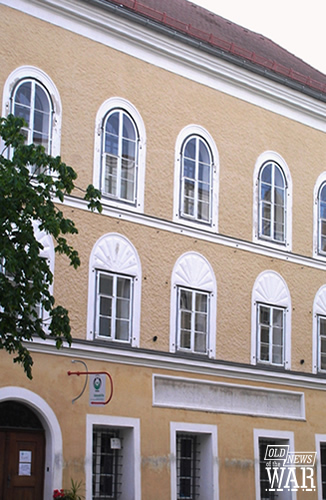 Apparently, on the same day as the parade in the previous photograph, men from the SA pose in front of the house together with inhabitants of Braunau.